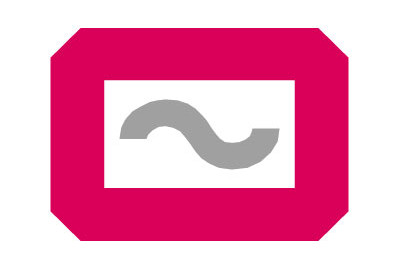 From 21 to 22 July 2017 we celebrated the 25th anniversary of the founding of our company at the company site. A production hall was converted over the course of a few days into a party hall and the MESUTRONIC site into a festival site.

Honorary certificate at the start of the anniversary

The first day of the celebration was reserved for representatives from politics, industry and associations. The day began with a get-together in which the visitors were able to get to know one another, discuss current topics and naturally also learn about the history of MESUTRONIC Gerätebau GmbH. Amongst other things that took place in the official part, managing director Karl-Heinz Dürrmeier received an honorary certificate from the chief executive of the Lower Bavarian Chamber of Commerce and Industry, Walter Keilbarth. That was followed by a delicious “flying buffet” with regional dishes.

Departments showed their creative side

In the afternoon there was an opportunity for the guests to take part in a works inspection. The various areas of our company presented themselves on the guided tour, acting with great creativity. Amongst other things, the Empire State Building was built from printing paper packets and a pyramid from 1000 pedestals. A particular highlight was also the newly built showroom, in which all devices are on show. The event drew to a close in the late afternoon with a cosy get-together.

The second day belonged to the MESUTRONIC employees and their families and friends, as well as our sales partners. At the start of the celebration most of the employees took the opportunity to show their companions the company and their place of work. For the younger guests there was a bouncy castle as well a playmobile. A magician by the name of “Waltini” also entertained the children, as did the band “Manda” the adults. Everyone was once again fascinated by the Aikido demonstration by the TSV Schönberg. The buffet was opened in the late afternoon – a mixture of regional and international, like our company. Apart from Bavarian classics such as roast pork, there were American pulled pork burgers, Italian antipasti and French crêpes.

Following the official part the convivial celebration began. Where metalworking machines usually stand a large stage had been erected on which the band “First Flash” from Ulm warmed up the guests with top-notch rock covers. A particular highlight besides that was a bar where one could enjoy alcoholic and non-alcoholic cocktails. Over the course of the evening, several tables and chairs were spontaneously pushed aside to create a dance floor on which to while away the evening – the celebrations went on into the early hours of the morning.

Mesutronic Gerätebau GmbH was founded in 1992 in Rottenburg an der Laaber (district of Landshut). Production began in 1993 with five employees on a floor area of 250 sq. metres in Kirchberg. We have been producing at the present location since 2005, initially with a production area of 2,500 sq. metres and office space of 800 sq. metres. In 2015 the capacities were expanded to 6,000 sq. metres of production space, 1,800 sq. metres of office space and 1,300 sq. metres of warehouse space. Our company is represented by service and sales offices in over 40 countries in the world. Over 35,000 inspection devices (metal detectors, metal separators and X-ray devices) have been installed over the last 25 years. These foreign body detectors are used in the food, health care, plastics, textile, wood and mining industries for the protection of consumers and machines.