Blog - Latest News
You are here: Home / Others / Mesutronic with new “easySCOPE” X-ray appliance at the IFFA... 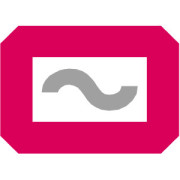 Kirchberg/Frankfurt am Main. On Thursday, 12 Max 2016, the gates closed on the IFFA, the internationally leading trade fair for meat processing in Frankfurt am Main. Over 63,000 visitors from 143 countries came to gather information about innovations in the industry.

Assurance of the quality of already packed products is an important subject in the “End of Line” area of meat processing. For this area Mesutronic Gerätebau GmbH presented its new “easySCOPE” X-ray appliance, which detects metallic and non-metallic contaminants such as plastics, stone or glass. The visitors to the Mesutronic trade fair booth were particularly impressed by the compact structure and the hygienic design, as well as the extremely intuitive operation of the appliance. The X-ray scanner is also ideal for newcomers to the field of foreign body inspection by X-ray.

A particular highlight at the Mesutronic booth was the new autoTEST test system. The fully automatic testing system has been designed for checking performance and supports the user in his daily work. That saves time and money through less use of personnel resources while ensuring maximum process safety and product quality.

The appliance manufacturer from Lower Bavaria was very satisfied with the number of people attracted to the booth. There was a 20 percent increase in the number of national and international contacts in comparison with the last IFFA. This resulted in numerous new projects in the meat processing industry.

You can see the “easySCOPE” X-ray appliance live once again at the FachPack 2016 in Nuremberg at booth 342 in Hall 4, together with further metal detection systems from Mesutronic.

Mesutronic sales partner Roosjen N.V. from Belgium is “Partner of the...

Precise and reliable Metal detectors from Mesutronic protect the processing...
Scroll to top